These anti-smoking ads are really annoying.  The ones with people peeling their skin off and pulling their teeth out were gross enough.  Those won't make me want to stop smoking, they just make me change the channel.  These "swipe it left" commercials are even more obnoxious. 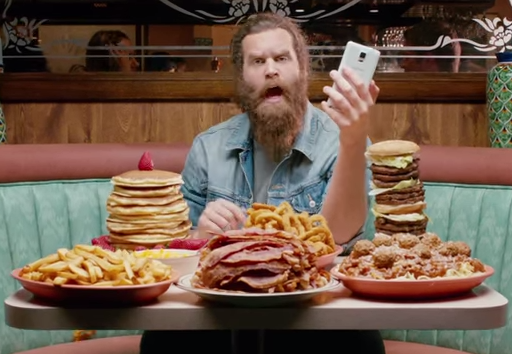 This guy is turning down a girl because she smokes? He looks like a hobo, and he's going to have a heart attack by the time he finishes eating.  Seriously, why is all that shit there?  I doubt even a competitive eater could finish all of the food on that table in one sitting.


Who would want to date him anyway?  He has poor hygiene, he's a glutton, he's messy, and he has anger issues.

He's throwing onion rings in the seat and flicking strawberries on the floor, then he starts throwing a tantrum and knocks plates of food on the floor. 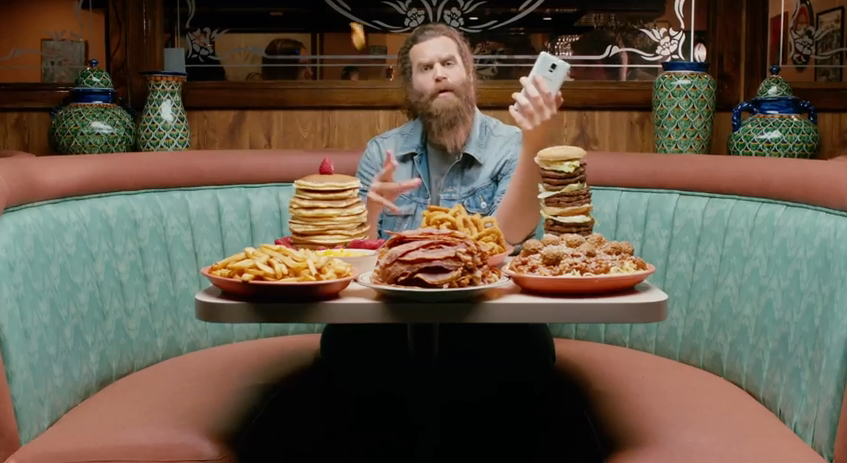 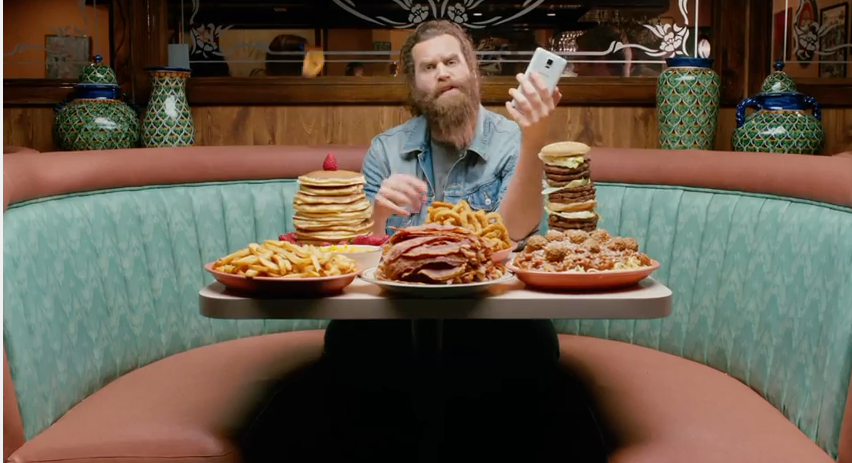 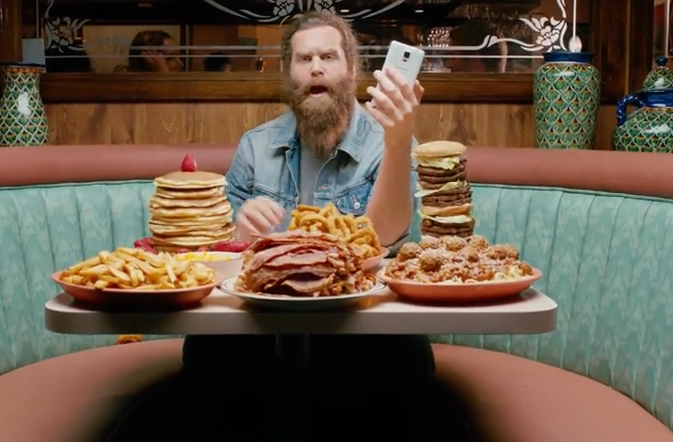 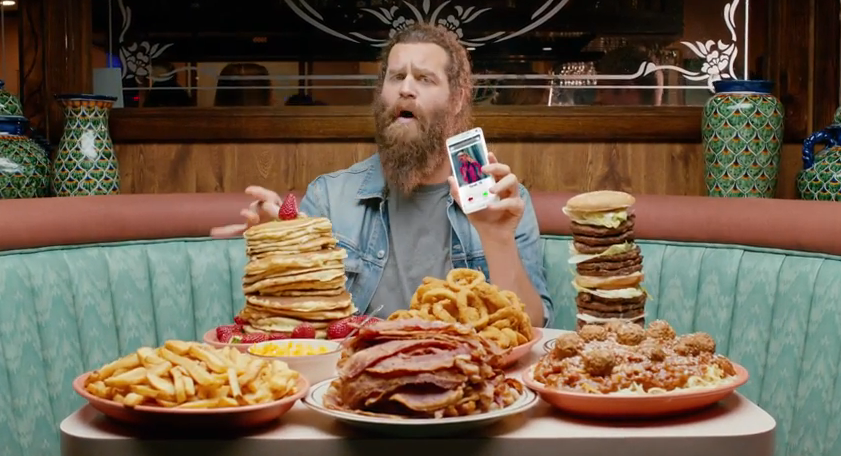 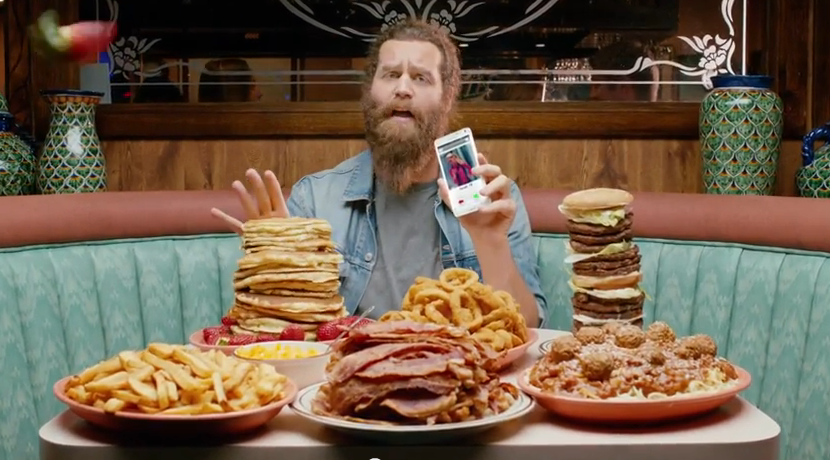 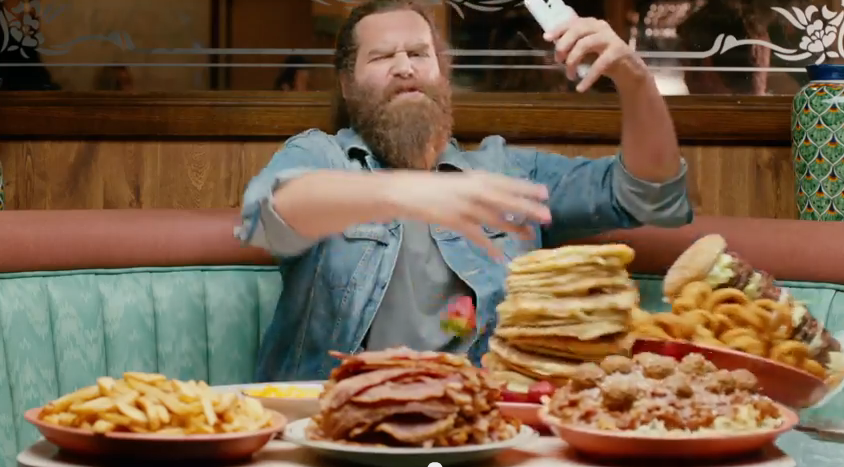 What a fucking slob.  Then he starts eating again. Did he pick up the food off the floor or did he order MORE food? This guy's disgusting. He's knocked that strawberry over twice now and this is a different scene. 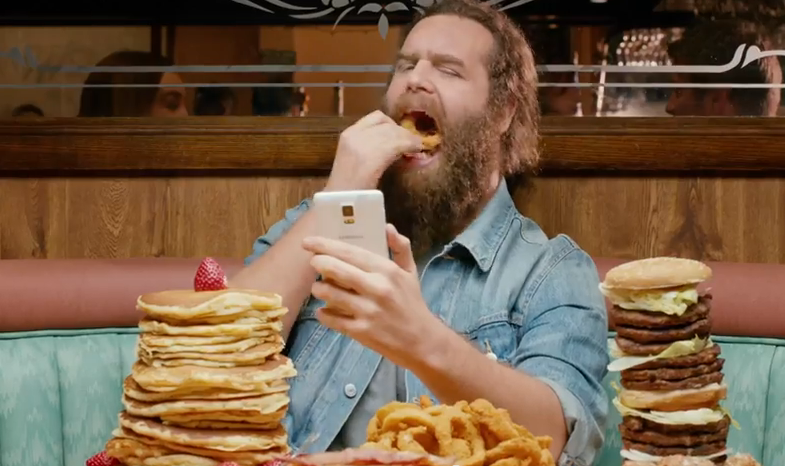 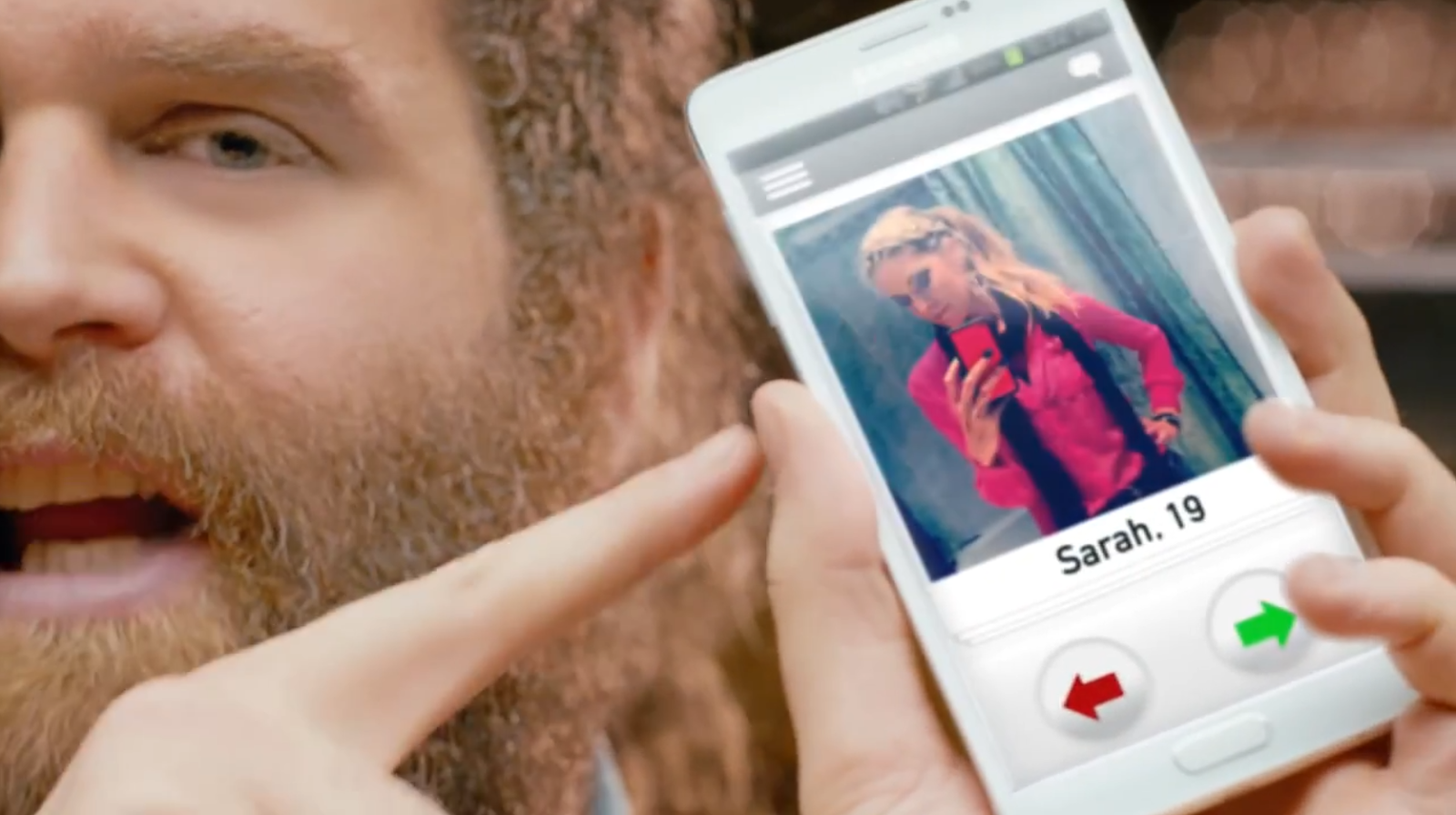 Then they have this trashy gap-toothed trailer girl singing the "hook".  It's one of those catchy songs that gets stuck in your head and makes you want to punch the singer in the mouth so they shut up. 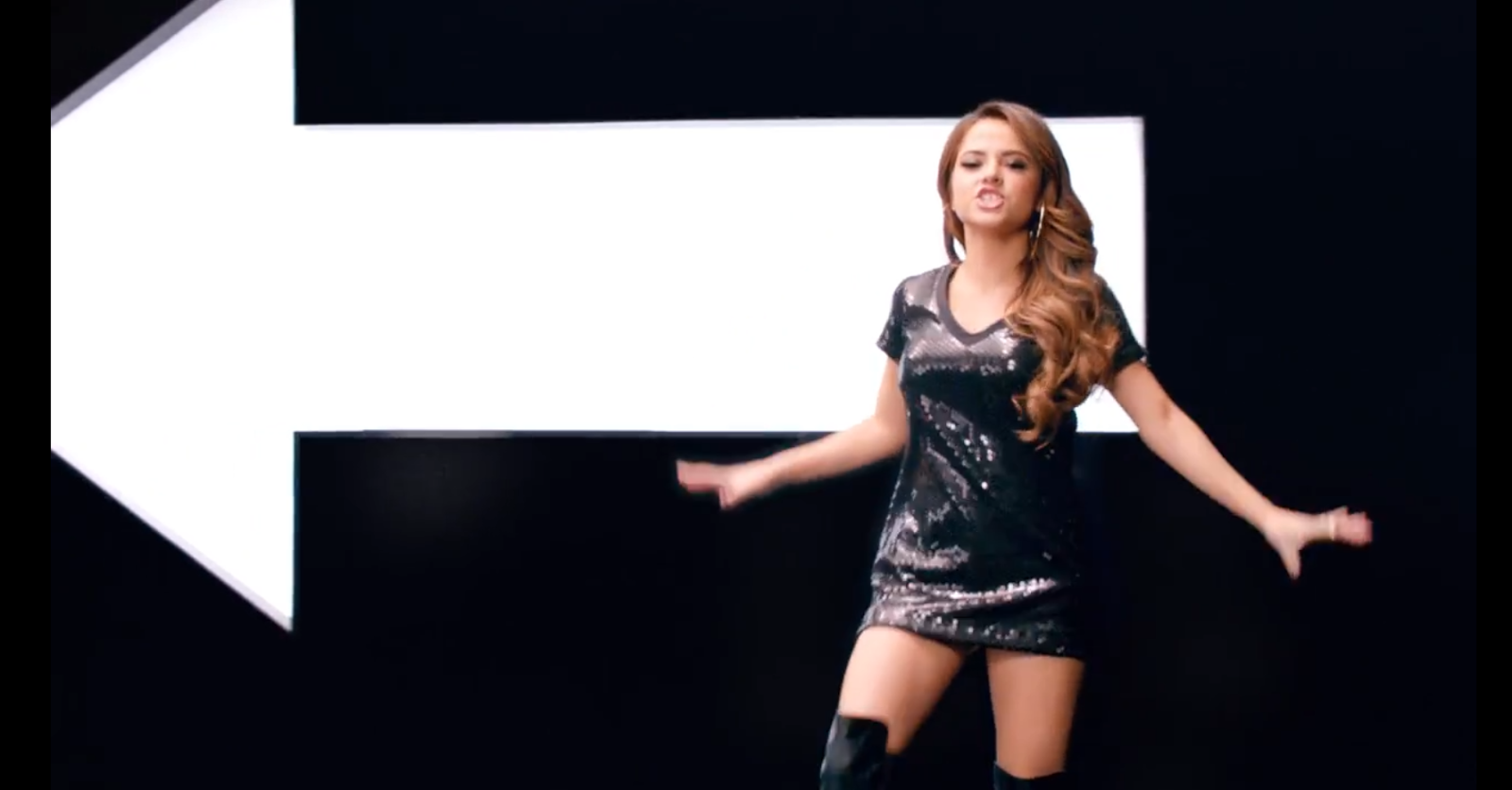 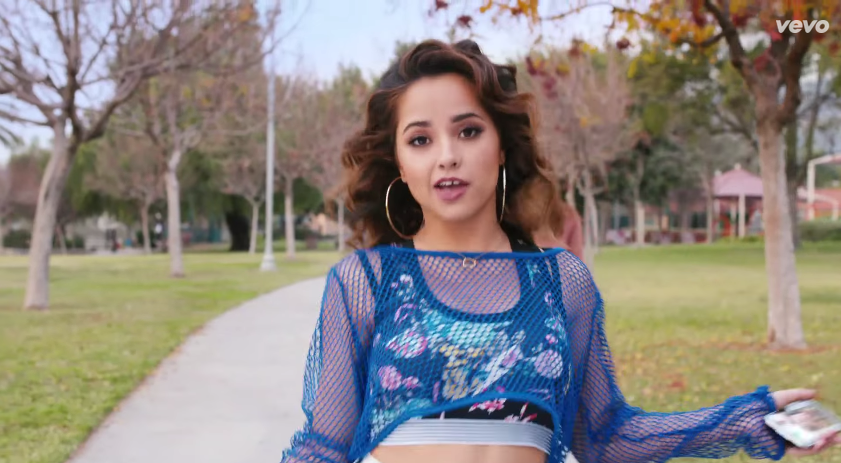 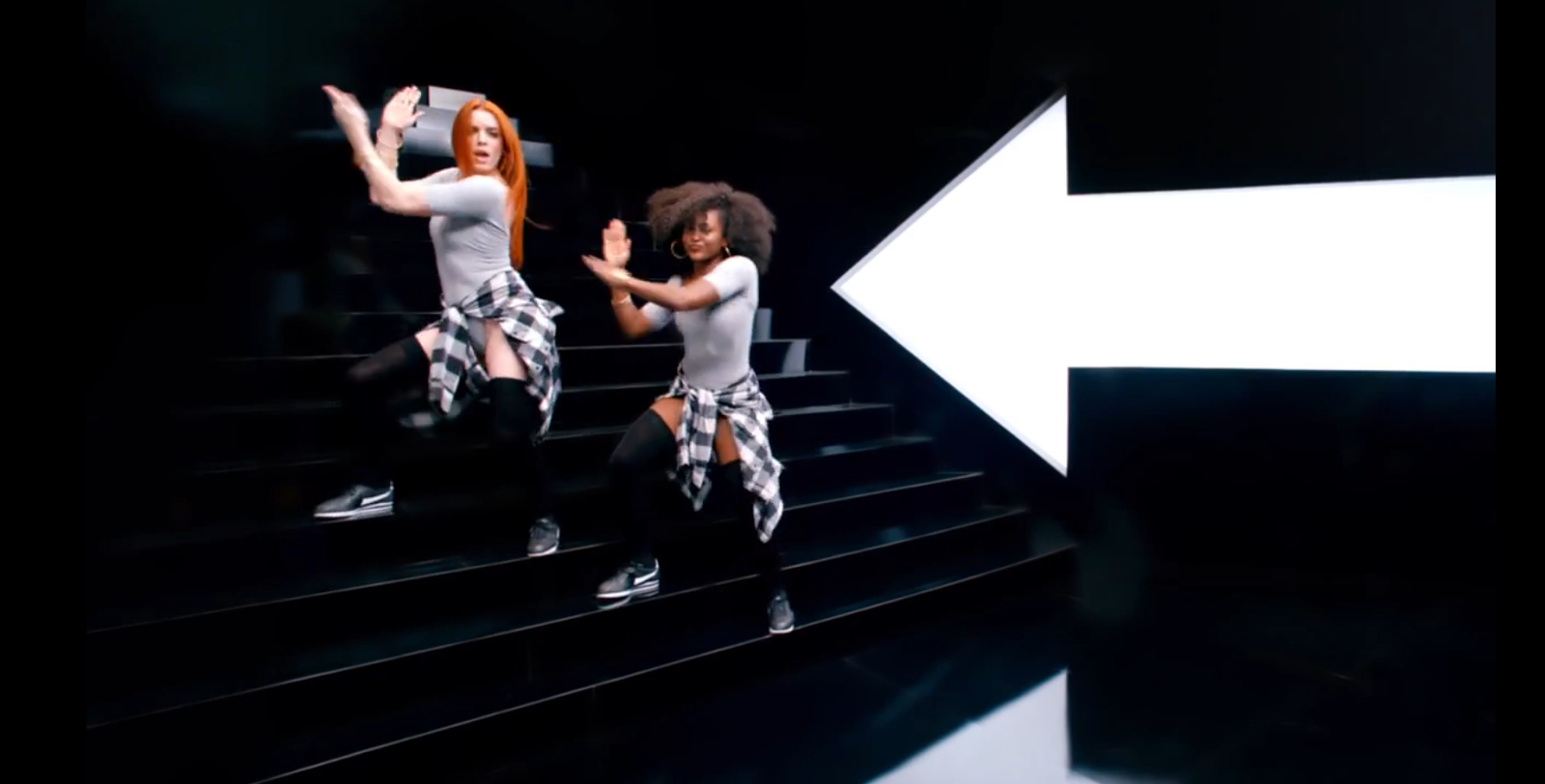 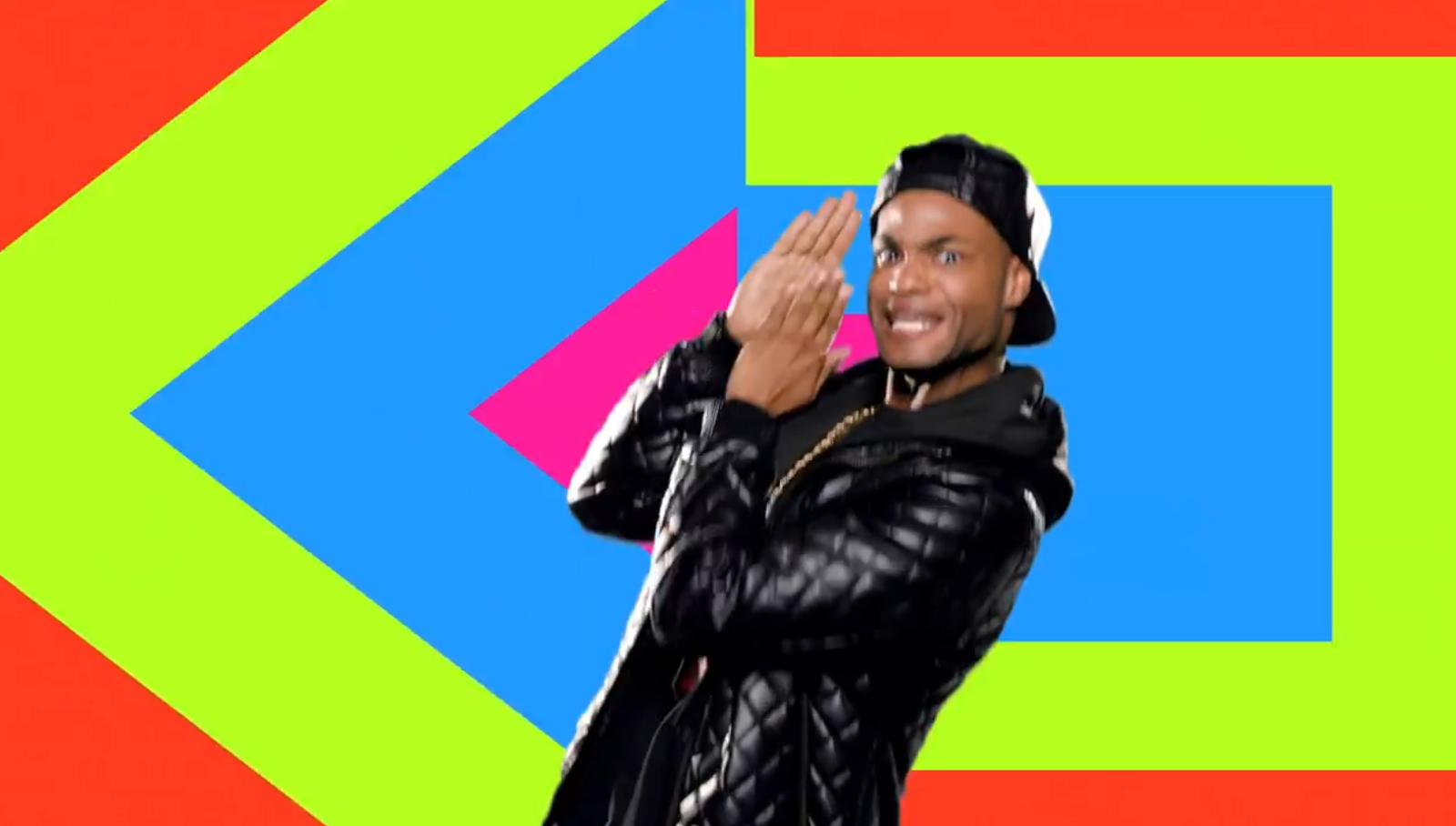 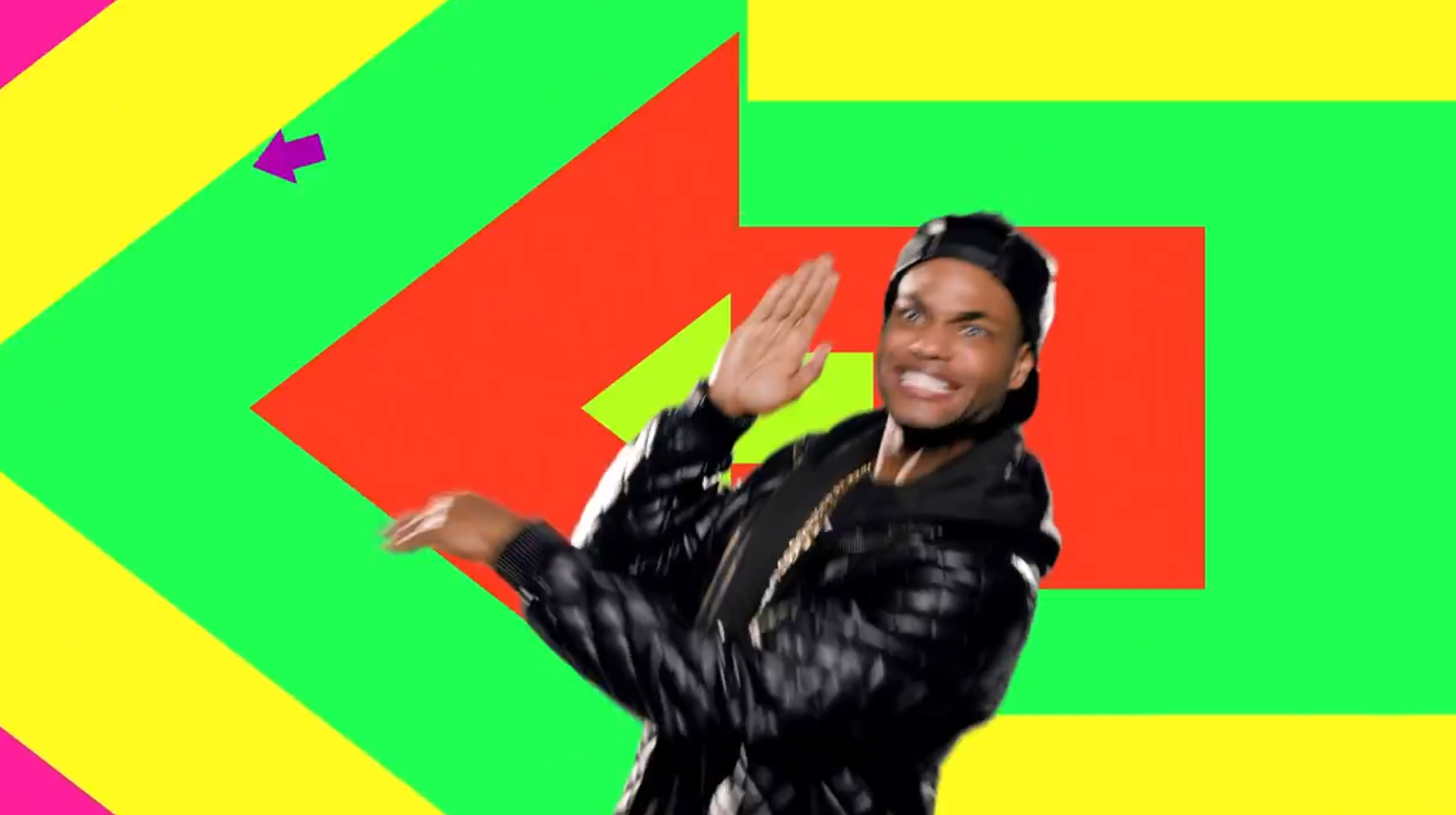 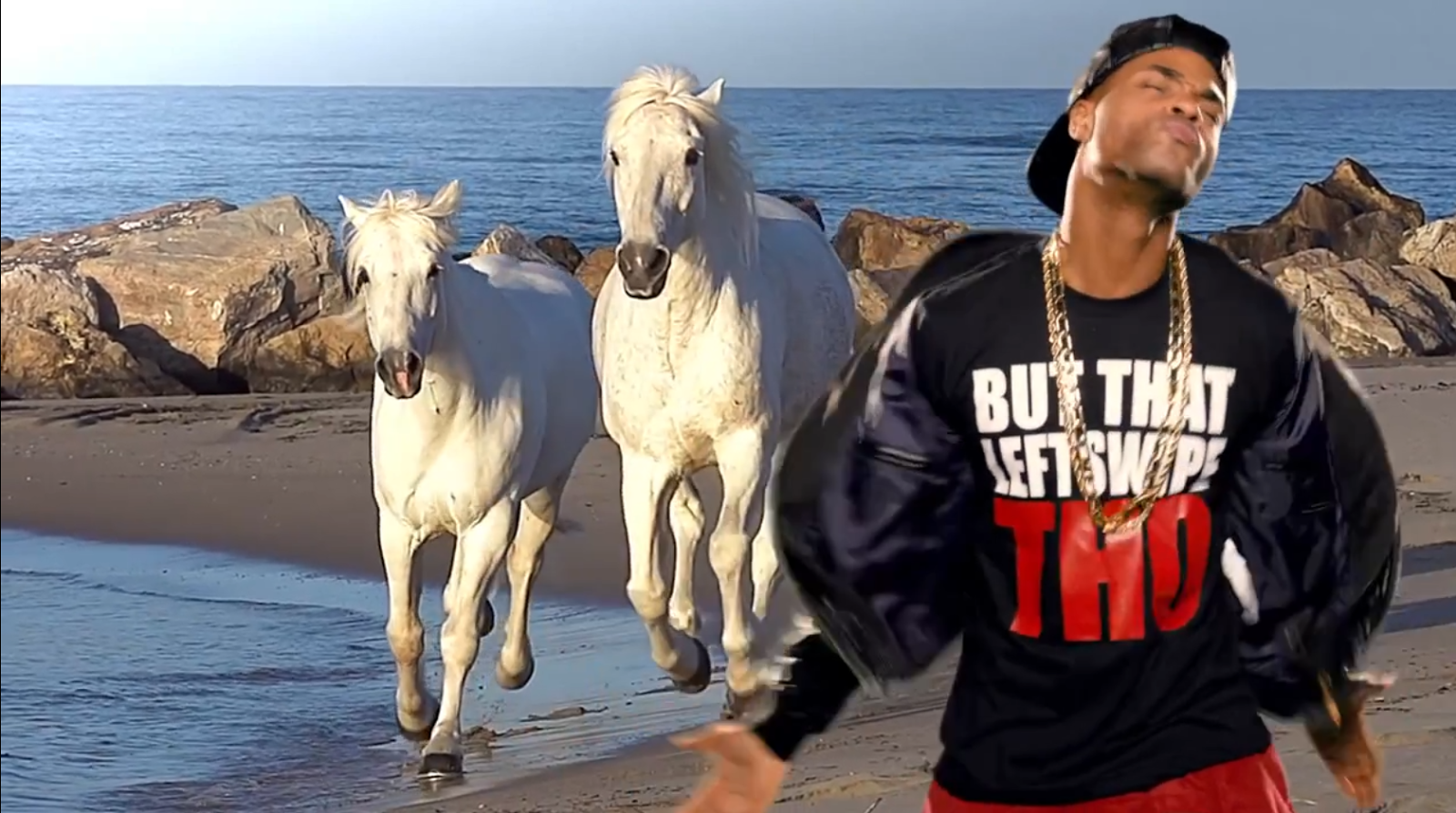 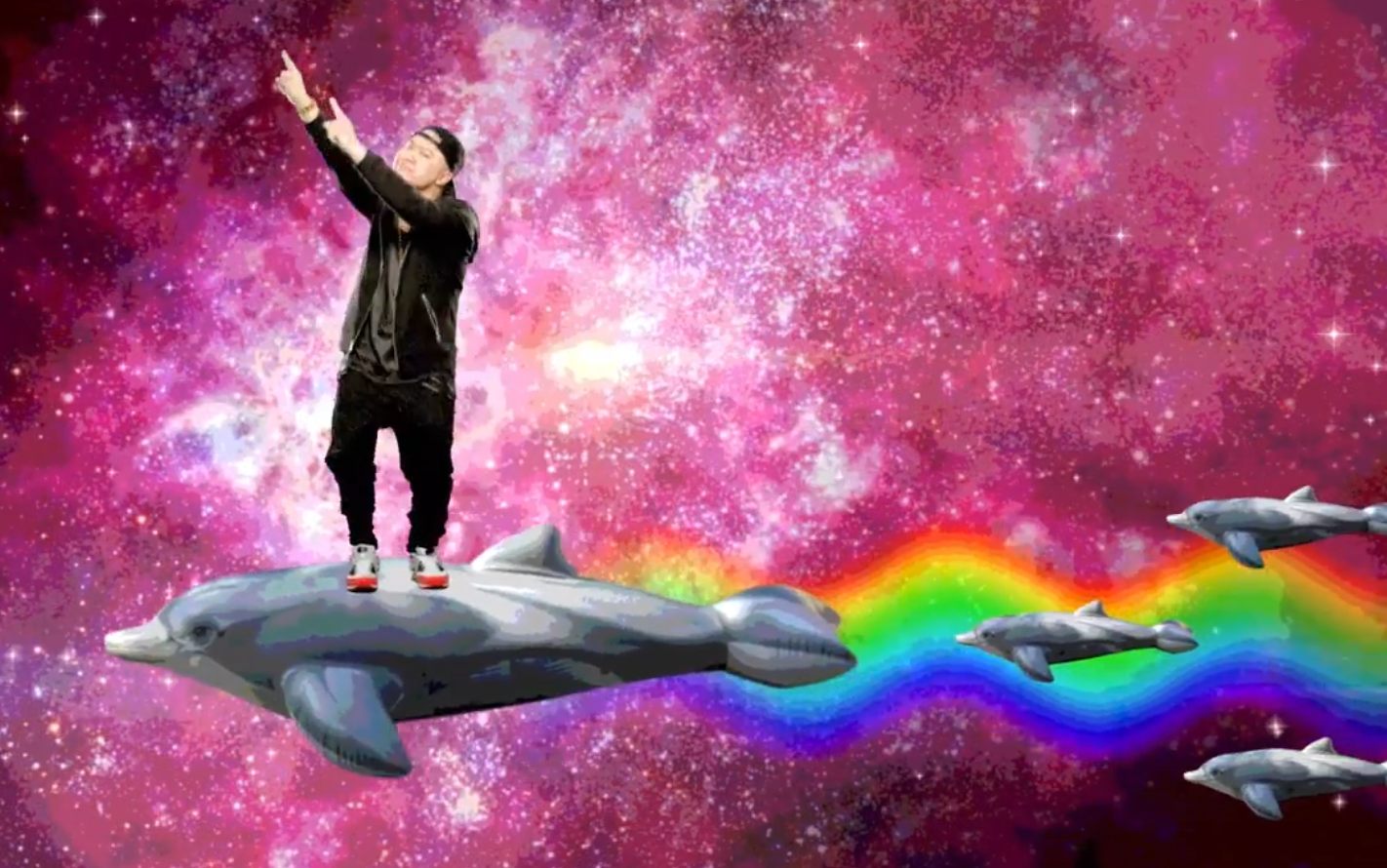 Without any kind of audio cues I would think this was a gay pride commercial.